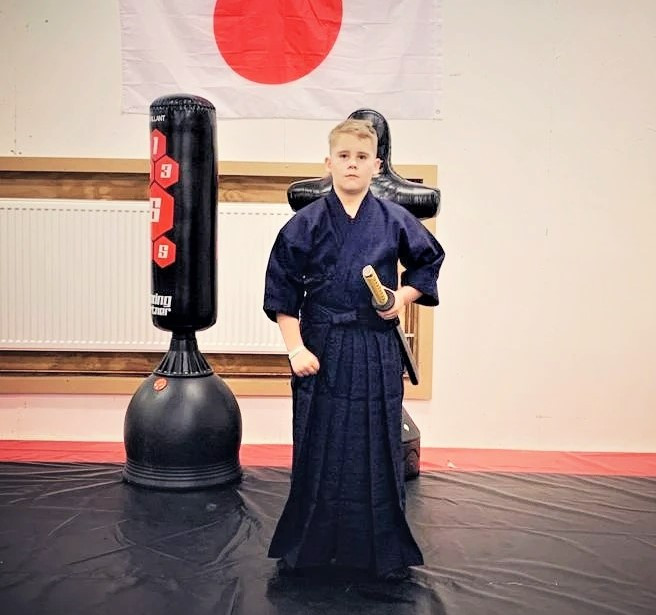 "“I am really enjoying Jiujitsu. My favourite part has been learning the Japanese traditions. My sensei is a great teacher and really inspires me...""

Jack (age 11), is one of the many young people supported by the ‘Activity on Referral’ programme.

The programme links young people to local, community-based activities that we know will support their mental health.

Jack was having a difficult time and was referred to the programme to give him a chance to try something new and build up his confidence. He started taking part in Jujitsu at White Lotus Martial Arts where he originally completed 12 weeks of the activity, funded by the programme but has since joined the club and even won student of the year!

Jack said he enjoyed the Jujitsu and learning about the different moves and the weapons as part of this.

“I am really enjoying Jiujitsu. My favourite part has been learning the Japanese traditions. My sensei is a great teacher and really inspires me, it's because of him that I got my student of the year award.”

Jack has also mentioned he liked the Jujitsu kits and the Gi.

Jack’s mum has also seen a positive change in him. “I have seen a real improvement in his confidence. He just loves Jujitsu and is really excited to go every time. It was a real benefit at the time as well with what we were going through. I think it helped him here a lot.”

She noted that “he can doubt himself and feel he isn’t good at anything but this has given him more belief in himself that he is good at something and that he can achieve things”.

Jack’s Dad said “Jack started Jiu Jitsu 6 months ago and has taken to it very positively. It has brought him on leaps and bounds in terms of self-confidence and pride. He regularly practices at home and revises his terminology.

“His initial commitment to one period per week has been extended to three and he was recently awarded student of the year. Furthermore, he has achieved his Red belt already.”

Jack’s mum added “It was the right support for Jack, it was something that he wanted to do and was interested in, and it has worked really well. After the 12 sessions we have carried on paying for him to attend ourselves because he gets so much out it.  He really loves it.”

“The staff were at Forest Fighting Fit and the mentoring support the coaches gave Jack really helped him. She felt it was a good outlet for how he had been feeling and things they had been going through as a family.”

The Activity on Referral programme has had a great impact on Jack and it is great to see that he is enjoying it, and is doing so well.

Jack’s Dad added “We would all like to thank you for your help in finding this place for us and hope that children in future get as much achievement from your program as Jack has.”

If you think your child could benefit from Activity on Referral, please speak to your teacher or schools mental health lead who can help you with a referral. Alternatively please use this form for a self- referral.

Any young person in a primary or secondary school who is part of the trailblazer scheme is eligible for the programme. Currently this scheme is accessible for schools in Gloucester, Cheltenham and the Forest of Dean but please also get in touch if your child does not visit one of these schools.

Each person referred in will have a conversation, with a member of the school team, an activity on referral coach and their parents/careers, about their preferred choice of activity and an opportunity to discuss any barriers they have to accessing or starting the programme. Sessions are free for the first 12 weeks but following this the young person can choose to stay with the activity provider and sign up to become a paying member.

For more information, go to https://wecanmove.net/join-in/activity-on-referral