How a challenging experiment could be providing an active alternative. 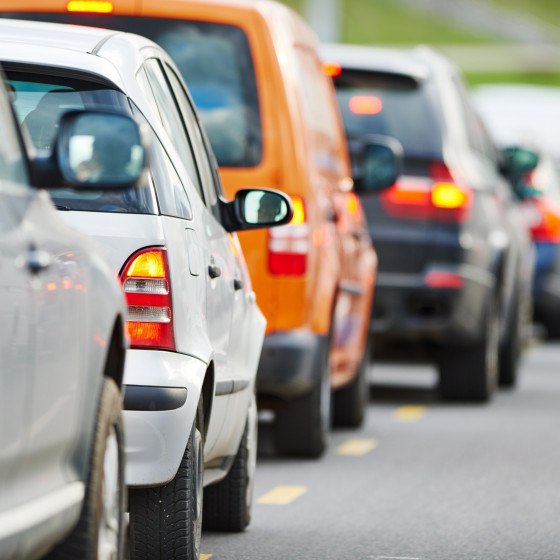 A queue of traffic.

Last year, in a joint initiative, Cheltenham Borough Council and Gloucestershire County Council temporarily restricted traffic through Boots Corner, a major shopping area in the heart of the town. Is this a radical experiment or an obvious solution to a growing problem?

In the UK, poor air quality is the greatest environmental risk to our health. It reduces life expectancy, causes heart and respiratory disease, and exacerbates conditions like asthma. It used to be thought of as a problem peculiar to big cities. Until recently, they have led the way in introducing bold and urgent measures to tackle it – think of London’s congestion charging zone – and have done so without damaging their economies.

Surely, those of us living outside major cities now deserve our politicians to take the problem seriously? It is, therefore, heartening that the Boots Corner experiment has the backing of different political parties, with the leadership of Cllr Nigel Moor and Cllr Andrew Mckinlay making the scheme possible.

I would argue that the radical aspect of the scheme isn’t its restriction on cars but the fact that it creates the space for all of us to stop and ask ourselves some important questions. ‘Can we do this differently?’, ‘what are benefits for me and the people I care about?’ and ‘what am I prepared to give up for cleaner air and safer streets for everyone?’

We all know, deep down, that we need to reduce vehicle emissions that damage air quality and cause climate breakdown. To do so will require more than just changing traffic-light phasing. We need to make fewer car journeys and stop heavily polluting vehicles from sharing airspace with vulnerable pedestrians. But to make changing our behaviour a real option we need the chance to experience the alternative.

I would argue that, love it or loathe it, that is exactly what the Boots Corner experiment has done.

Although many of us are inconvenienced by being barred from using some roads, we also get an opportunity to find out whether walking is an option, to test public transport or to better combine car journeys we find essential.

Across the UK, half of women and a third of men are damaging their health through physical inactivity. The annual cost to the economy is estimated at anywhere between £7.4bn and £15bn. By turning our towns into places that make being active an easy choice, we can improve public health, help people to stay active later in life and reduce stress on the NHS.

There are negative effects to be explored too. Will we simply move air pollution hotspots elsewhere? We are awaiting the results of air pollution monitoring. Will it damage local businesses? Time will tell, but the evidence suggests that it is mainly vehicles passing straight through that have been re-routed. According to Cheltenham Business Improvement District research, over 75% of people already travelled to the area on foot or by public transport.

What the Boots Corner initiative has gifted us is evidence, experience and, perhaps most importantly, the chance to question our own priorities. Regardless of the outcome, Cheltenham and perhaps the whole of Gloucestershire will be richer for it.

Join the conversation on this article on LinkedIn here.

Tom is Director of Business Development at Active Gloucestershire.