I’ve written this blog as an opportunity to reflect on the last year and to describe my commitment to take action to tackle racism. 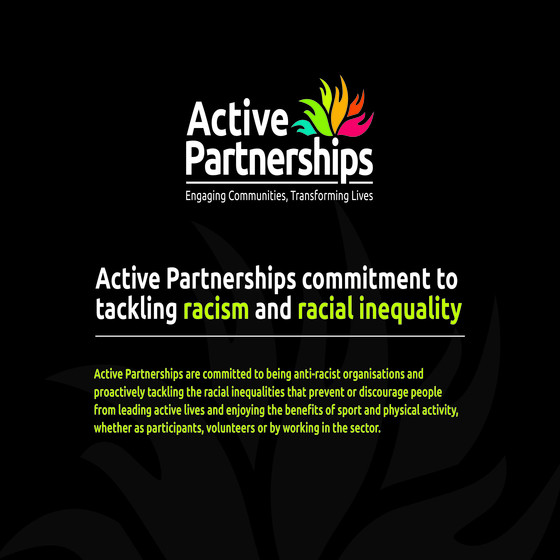 I’ve written this blog as an opportunity to reflect on the last year and to describe my commitment to take action to tackle racism and promote racial equality. It follows a year of personal learning after the murder of George Floyd in America, the increased profile of the Black Lives Matter movement, and how I’ve tried to understand the role I can play in tackling racism.

Perhaps I’m not the obvious ally. White, male, middle class and increasingly middle-aged, I’ve benefited from the many privileges in our society that have ensured there are few barriers preventing me from progressing in my career and enjoying life. So what changed?

It was whilst listening to a presentation by John Amaechi that the role I can play hit home. John explained that he felt it was like white people were existing in a different world, blind to the challenges and barriers that Black people were facing.

I hadn’t acknowledged that my experience wasn’t the same for everyone in our society, especially people from ethnically diverse communities. Whilst I’d always thought that I’d taken action to try to redress some of the imbalances in our society (e.g. I’m a non-executive director for a social enterprise that supports refugees arriving in the UK and to share our approaches and learning across the world), with the support of colleagues I’ve realised I can do more. This was my wake-up call and formed my first commitment to listen intently and learn.

Subsequent conversations with friends and colleagues, all of whom I respect and admire, weren’t easy. At times they were upsetting and challenging. But, it’s made me look at the world differently and start to question things, why for example aren’t we seeing more Black people in leadership roles? Why are Black people disproportionately affected by the pandemic? And why does ethnicity play such a role in physical activity levels? I know my learning isn’t complete and as someone who doesn’t have lived experience probably never will be, so it’s a commitment I’m making in the long term.

As the Black Lives Matter protests were taking place one of the main messages from Black people was that this time things were different. It wasn’t just Black people protesting, they were joined by white people too. I’ve seen the power and impact that white people talking about racism and racial discrimination can have, both in action and to demonstrate our allyship to Black friends and colleagues. This brings me to my second action, to make sure I keep talking about racism and racial discrimination. Helping to ensure that the conversation isn’t pushed into the background, as it might have been before, just because it’s uncomfortable or difficult.

Becoming an ally and gaining trust takes time and I’ve reflected about times in the past where perhaps I’ve not challenged others when I’ve witnessed micro-aggressions or simply not addressed inappropriate or poor use of language. I now know that being an ally isn’t about sitting back and letting these things happen. I’ll now step in to that space more confidently, without judgement, knowing that doing so is the right thing to do.

At Active Gloucestershire we’ve made firm commitments about what we are doing collectively to tackle racism and we’re working to bring greater diversity into our work and decision making. You can read more about that here.

Of course, I’m not perfect, at times I may not use the right language and I get things wrong but I can make sure that I create a work environment in which we can challenge each other, support learning and allow people to share their personal experience. Creating this environment is my third commitment and supports both my own development and that of colleagues.

A year ago I wouldn’t have felt comfortable writing this blog and if I’m honest I’m still concerned about getting it right and worry about causing offence. I’m hoping that being honest about my own journey might help others, adds to the discussion and collectively ensures that we continue to take action.

CEO of Active Gloucestershire; the organisation that co-ordinates 'we can move'.