The big messy change needed to get us all more active. 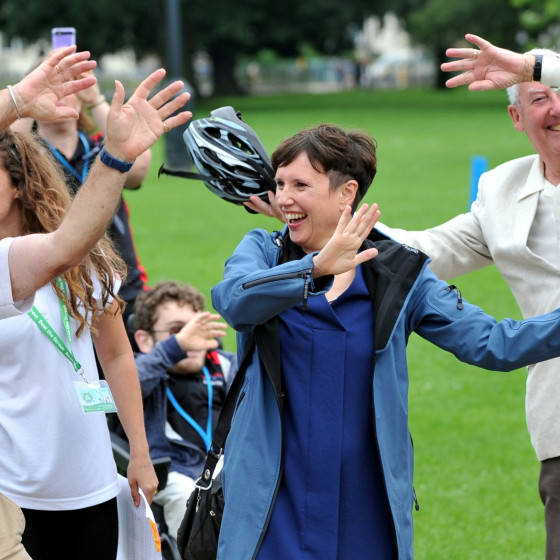 The more I see how transformed people can be when they are more active, the more passionate I become about it. Being physically healthier is a benefit, of course, but improvements in happiness, self-esteem, concentration and confidence are also profound.

On the flip side, there are complicated and similarly profound reasons why many people aren’t more active. But, unless we also tackle the barriers, all the zumba clubs and football camps in the world won’t reach the people who are least active today.

That will need deep-rooted, systemic change over decades. We’ll need to look at what prevents people from building physical activity into their daily routines. The answers could be found anywhere from bus timetables to how we maintain our streets, from classroom design to the way medical advice is delivered.

We want to re-build Gloucestershire from the bottom up. Not over months, or years, but over decades. Eventually, every child in Gloucestershire will grow up in a culture, community, and environment that supports and encourages physical activity.

And that’s quite a challenge. Transformative change isn’t linear because people aren’t. It’s complicated, but it’s the big, messy change that we really need.

When I’m feeling a bit intimidated by what we’re taking on, I think about what those clever people at Lankelly Chase say they’ve learned about changing whole systems.

· Everyone in a system holds a different view on its nature, purpose and boundaries. No one person holds the whole truth (including us).

· Everything and everyone exists in relationships, and these involve emotions.

· Change emerges from the way the whole system behaves not from any one project or organisation. So, we need to help build the fitness of the system to generate positive change.

· Systems’ complexity means we can’t fully plan how to achieve change, but we can identify some things that lead to positive change and could move us toward our goal.

We’ve recognised the complex, messy nature of changing the system we all live in, and we’re now responding to the principle that ‘no one person holds the whole truth’. We’ll start by building a movement of people who also want to see change happen.

We need architects, care workers, transport planners, teachers, bin collectors, museum guides, café owners – in fact anyone who can imagine how their work might help someone be more active.

Together we can make a difference. Together, we can move. Join the social movement that will get Gloucestershire moving for the next 50 years or more. Sign up here to get the latest news.